A team of five 8th grade students from Jerling Junior High School took first place in an electric car competition sponsored by Argonne National Lab.  Judy Stellato, science teacher at Jerling, had all of her 8th grade students work in teams to design and build cars that would run on small ion-lithium batteries.  They were given a motor, and the rest was up to them.

Criteria included that the car needed to be made from recyclable materials and it had to be able to carry a 737-gram container of salt.  Stellato said, “The students learned about gear ratio, energy storage in the batteries and the process of engineering.”

The winning team went on to compete in the electric car competition at Case New Holland in Burr Ridge.  Sixteen schools from around the Chicago area competed.  The Jerling team won every heat race, eventually beating the second place car in the final round around a 20-meter track by nearly two seconds. 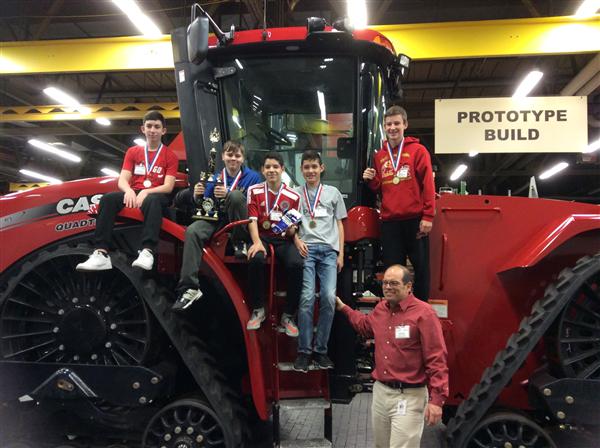