John DiNovo, Orland Jr. High science teacher, bought his home in Plainfield 14 years ago.  When he purchased the home, the previous homeowners mentioned that there was a 400 pound Victor Safe in the basement that they could not afford to move, and provided DiNovo with the combination.

DiNovo lost the combination years later, and was unable to open the safe after tracking down the previous homeowners, who provided him with a combination that did not open the safe.  DiNovo assigned the task to his four 8th grade science classes.  Through the first three quarters the 8th graders did research on the safe  design, manufacturer and locking mechanism.  Their research turned up some clues but not the correct dialing sequence or equation to open the safe.  When the fourth quarter started DiNovo’s 7th graders wanted a chance at opening the safe.  They were given the back-story about the safe and left to the challenge.

One week after assigning the project, 7th grader Greta Acas opened the safe.  She conducted online research, which pointed her in the direction of a safe technician.  The technician, Terry (Andy) Andreasen, provided Greta just enough information to guide her calculations and uncover the correct combination to open the safe.

Andreasen, the safe technician, has worked with the Secret Service, the FBI and banks and credit unions with 40 years of experience in the industry.  Acas located him on allexperts.com.

“I’m fascinated by things I don’t understand,” said Acas, “which is why I just had to open the safe.”  Acas revealed that the safe, which she originally thought was built in 1917, was much older.  While the safe was empty when she opened it, the light on her face as she put in the combination showed that opening the safe was just as rewarding.  “Do you hear that click?  That means it’s the right number,” she said.

DiNovo described the opening of the safe as an ‘incredible feat’, mentioning that it would have cost over $400 to have a technician come out and open it. 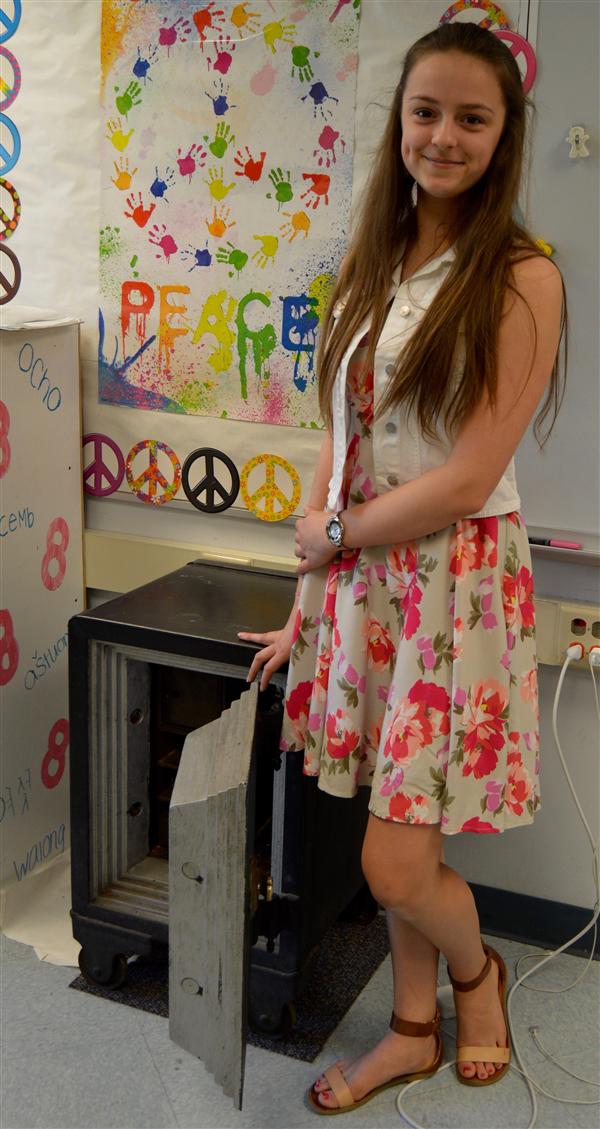 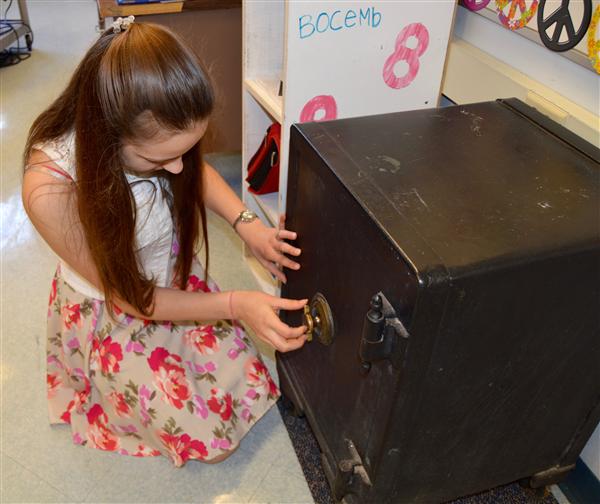