In the fall, 2nd graders began learning about citizenship and their responsibilities as citizens in our school and community.   As part of an ongoing study of our community, students learn about key people and places in Orland Park. During one of our class discussions, students  learned that Orland Park has a leader and he is called our mayor.  They became very inquisitive about Mayor Daniel McLaughlin.  They didn’t know him and they wanted to see him.  We went to the Village Website to locate a picture, and they began asking questions.  The students wanted to meet our mayor and learn more about him. They wanted to call him and invite him to our classroom.  We decided to write letters instead. I told them that the Mayor is very busy and may not be able to come to our school.  They understood but wanted to write anyway.  After reading the 21 letters, I dropped them off at the Village Hall and hoped that he’d have just a moment to stop by our school.  The letters were from their hearts and pretty convincing.  Last week, we heard from the Mayor’s office! When I shared the good news, everyone screamed with excitement! They couldn't believe he was coming to our class!

Mayor McLaughlin listened patiently and answered every student’s question! Students were so excited to learn about their Mayor! After his visit, I asked the students what they’d learned from his visit?

-       “He has a family…four children and three grandchildren”

This spring, all 2nd grade students will learn about the history of Orland Park and tour Old Orland, the History Museum, and the Hostert Cabins.  Part of this ongoing study is learning about key people and places in our village. 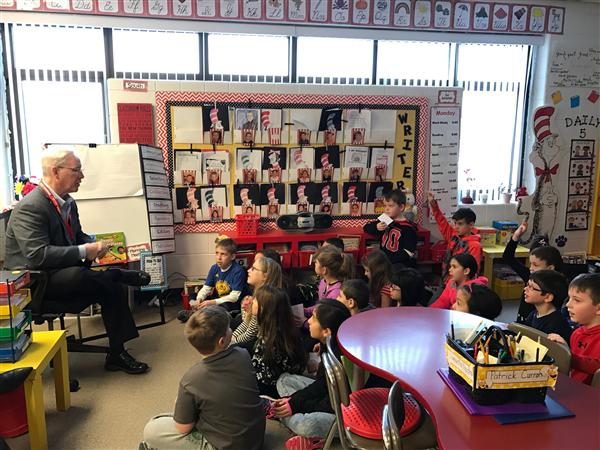 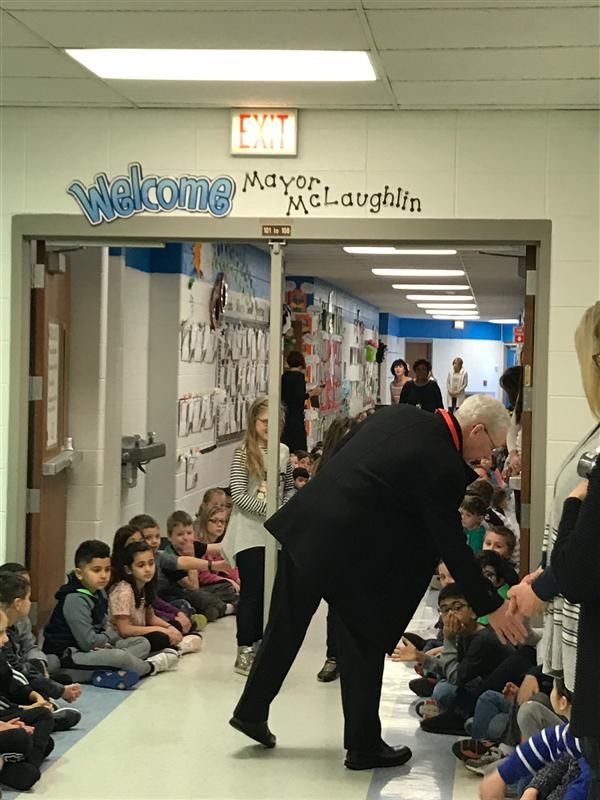 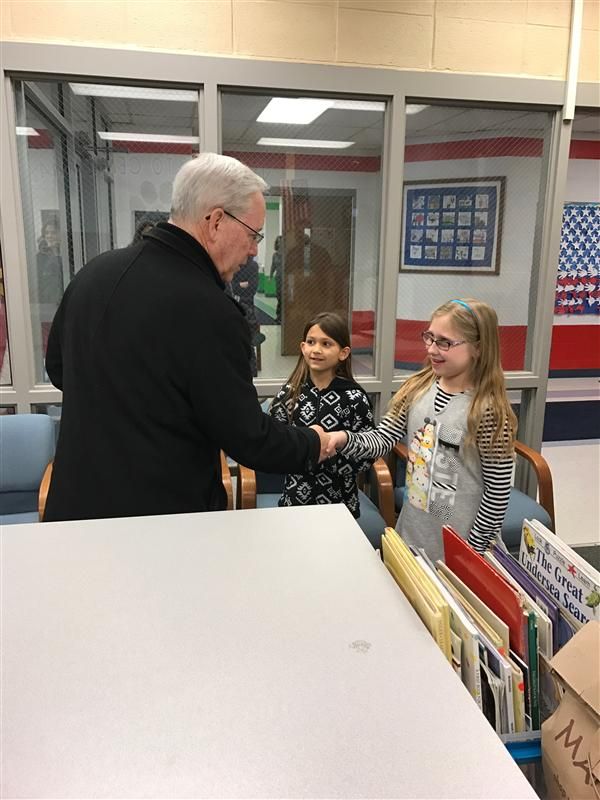